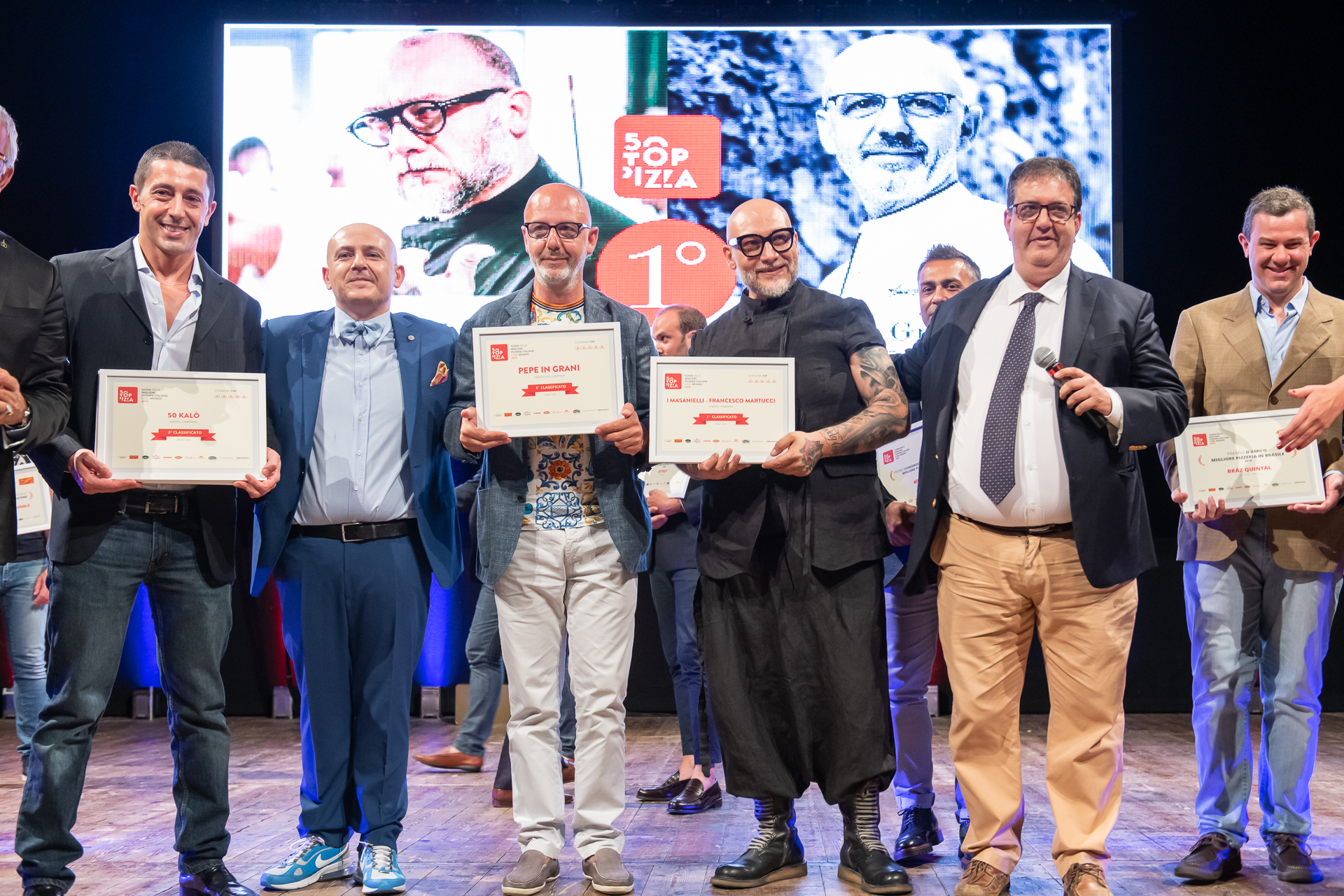 The third edition of 50TopPizza concluded with a nerve-racking evening marked by the first ever dead heat in the history of food guides. In fact, Francesco Martucci reached first place together beside Franco Pepe, two pizza chefs who are very different from one another, but with one thing in common: an obsessive dedication to their work, even if in different ways.

They are two fine models that act as an example, that do not content themselves with easy solutions but rather always take the more difficult path. Martucci and Pepe, both from Caserta, demonstrate the ways of the connoisseurs of pizza. This group is divided like the Biblical people after the destruction of the Tower of Babel; they can journey outside of the mere commercial suggestions which are certainly legitimate but now, how can we say, old news.

In short, two great number ones. We know that the tie has divided the pizza world, but we preferred to record this result postponing to next year every other consideration. It was the year of the youngsters: Pier Daniele Seu, Ciccio Vitiello, Diego Vitagliao, Carlo Sammarco aquired positions. It was also, however, the year of great projects consistent with the current trends, such as the environment and the territory, which saw the pizzerias Da Zero and Cocciuto as the best in Milan.

The pizza world is in a continual telluric movement: while we write, new openings are happening, others are being designed and recording the trends we see becomes ever more fascinating. This is the job of 50TopPizza, to report on the biggest news in the sector, starting with the realization of an European ranking to which a specific live initiative will be dedicated, and expansion to Asia, and another platform for individuals who have a story to tell and not necessarily a new invention.

We always continue to do this with great respect for who has made history, but in the knowledge that today we ride in cars and not in horse-driven carriages. This interests individuals who want to spend an evening in a nice venue, well-served, with interesting and innovative proposals and the possibility to chose wine, beers, and cocktails and to leave the table better that when he or she sat down at it.

To those people, to the customers and to our readers, and not to others, we dedicate 50TopPizza which we can relive in this newsletter.